Home › growing toward up › Making the Most of Home and Failures

Making the Most of Home and Failures 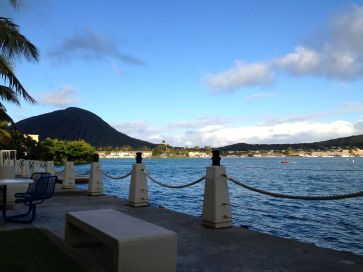 We’re HOME! And yesterday I hit the road running. It was a day full of the things I love best — being with friends and family!

This morning I shall actually begin my re-running activity here at home in Honolulu. When I was sharing this with a friend she said (not unkindly) I’ve heard that before!

True, God, she has heard me say that before . . . but I think it was Winston Churchill who defined Success as “Going from one failure to the next with undiminished enthusiasm.”

I love new days and new beginnings. And if I am willing to learn from my failures then I do count them as successes. I think, for example of the night back in Bar Harbor, Maine when I wrestled with the loss of a beloved black sweater. I tossed and turned all night with waves of regret, self-recrimination and a sprinkling of rage — only very grudgingly offering up the Sacrifice (an act of Will, not Feelings) of Praise for the loss of my sweater. Finally, I arrived at a peaceful sense of release. The sweater had been “recycled” into my hands — surely I could recycle it into other hands. I could bless whoever found it and stop cursing myself for losing it.

A friend told me later that I had Passed the Test. I liked that, God, even if I had passed with a D+. But on further consideration I see that whole night of wrestling with Wanting and Releasing as a very special exercise — helping me to grow — if not up, then to grow closer to up.

Sigh. The Future holds many other opportunities for me to exercise “releasing Beloved Wants” into Your Hands. May the memory of the Black Sweater encourage me!

Tagged with: Exercises, Failure, Growing Up, home, Learning
Posted in growing toward up, Praise, Sacrifice, so much to learn