Home › connecting › Marriage: Pushing and Pulling Us Toward Growth

Marriage: Pushing and Pulling Us Toward Growth 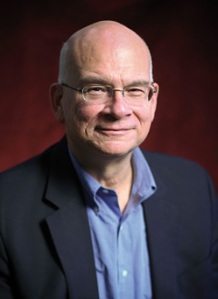 I love this man’s voice, God! He sounds kind — compassionate and intelligent — which is a great combination for a pastor. Well, for anyone. I’ve heard some of his sermons on podcasts and enjoyed them.

Then a dear friend sent me a link to an interview that he and his wife did about their newly released book, The Meaning of Marriage: Facing the Complexities of Commitment with the Wisdom of God. 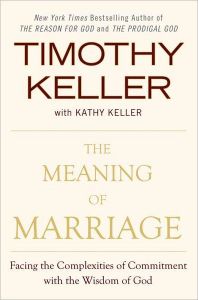 The Meaning of Marriage by Tim and Kathy Keller

What a delightful couple, God. I watched the entire video and enjoyed watching them react and interact with each other as the interview went on. Respect and appreciation are excellent buttresses for LOVE.

Marriage — like life — isn’t supposed to be easy. At one point in the interview where Kathy “corrects” Tim, he turns to the interviewer and says, “Like iron sharpens iron . . .” How true! Husbands and wives DO sharpen each other. There are qualities in each of us that we need to learn to appreciate — and other qualities that we need to challenge and confront. The difficulty is figuring out which is which!

Gender differences, cultural differences, and individual differences all conspire to challenge us and push and pull us toward growth. Thank You, God, for adding the Pleasure Glue that makes marriage a joy and a delight — as well as a challenge.